Who they are, and how to reach them 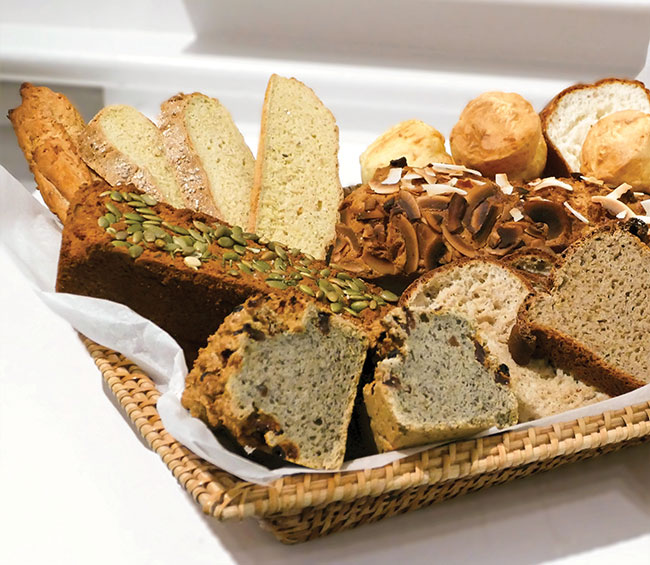 Crowe recommends discussing the history of bread, or focusing on fascinating details that sets the bakery industry apart within the food industry.

Connie Diekman, the director of university nutrition at Washington University and the former president of the American Dietetic Association sat down for an hour and a half with Vance Crowe. While the chat was informative, there was no hard and fast rule as to what constitutes “healthy” eating.

“I can tell you that anyone who wanted to get fit would have gotten some really good ideas but there is no way that could have taken what they heard from a leading expert to figure out how they should personally eat,” state Crowe. “Why? Because it’s extremely complicated.” Aside from facts such as everyone having different metabolisms, and food allergies and intolerances, there is also the way an individual might require to process certain carbohydrates or proteins. It comes down to having an expert look at an individual’s needs, instead of making a broad generalization of what constitutes a grain-based diet.

Crowe’s talk at IBIE 2019, “Anti-Grain Tribes: Who They Are and How to Reach Them” discussed current trends to following pseudo-science or half-formed wellness gurus who advocate against grains, even for those who are not celiac. From books like “Wheat Belly” to online forums that advocate a Whole 30 lifestyle, it can be complicated to explain why a whole or healthy grain can be healthy, even necessary to a diet. Citing statistics where European countries eat bread daily and do not have half the obesity levels North Americans experience will not sway most minds that already have a bias to disregard data that doesn’t support their point of view.

“You need to focus on what is fascinating in your industry,” suggests Crowe. “I mean that deeply. I asked many people at this conference, ‘do you know where bread came from?’ ‘did you know it had a 6000-year history?’ ‘did you know that’s where the backbone of cities came from?’” and for most people, the answer was, “no.” But every once in a while, you’ll find someone who said, ‘yes, and did you also know this?”

Crowe recommends a technique called “mirroring” when presenting facts or arguments to someone opposed to your point of view. The first step would be to rephrase or repeat their statement. This helps your opponent to hear how their viewpoint sounds, while also providing an element of clarity to an argument. This also indicates that you are willing to listen without judgement and if phrased correctly, can lend an element of empathy to a discussion, online or in person.

For dealing with doubters, a good technique can be using the history of food as an example, but underline the speaker’s suspicion of processed, GMO-laden or mysterious ingredients.

“If I heard you correctly, you believe that eating bread makes you fat, and that all breads are bad for you. I’m going to answer that in a second, but first, did you hear about where kale comes from?” Crowe’s story about how kale originally came from broccoli, and was cultivated to the point where several different plants originated. Kale, brussel sprouts, cabbage are all part and parcel of the ancient broccoli plant. From there, you can state that food is constantly in a state of evolution and change. While it can be difficult to parse what is considered natural, even natural ingredients are cultivated and selected to breed into a new form that might not resemble its forebear…but that doesn’t mean it’s not natural, nor unhealthy. 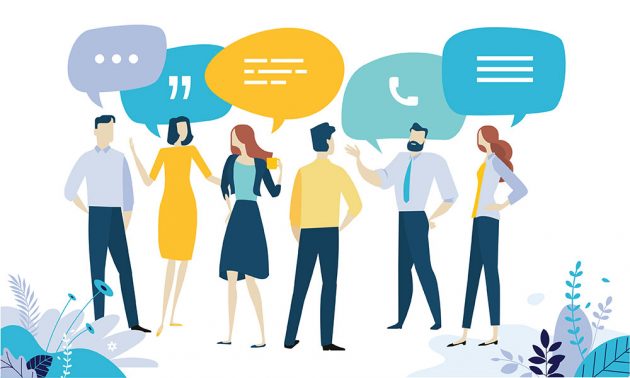 From social media to comments fields under online articles, it’s important to know what to say to change opinions as it is to how to say it. Photo: AdobeStock

Rob Yeung, an American psychologist who penned a book called, “How to Stand Out” cautions that emotions are more persuasive than facts in many cases. People who have a long-held belief, will have high personal reaction to facts. The way to respond may be to share an equally emotional — but empathic — response may catch and hold their interest. Someone with a profound interest in the topic may be the ally you seek.

“Those are the ones that are going to guide you out of this problem. The ones that are still excited about what’s going on in the professional industry. When I was talking with Connie Diekman, I was trying to figure out what the stories are that she is telling here that if I were to tell them to someone else, they would go out and tell someone else.”

Examples of many people who eat sourdough, or limit their pastry to limited times might help, but nothing can change minds like emotion. “These tribes that are still clinging to the idea that carbohydrates are causing them to not reach their fit, happy or wealthy goal and that you can get them to let it go.” Probing the opposed can help find where their emotional ties are rooted. In many cases, it might be a fear of food safety or a personal fear of obesity or diabetes. Emotions can often cloud the facts, so mirroring the concern and framing it in a different light can bring other facts to help.

In all, remaining passionate and fact-laden can be one way to fight the vague well-ness anti-grain “tribes” that Crowe discussed. Ultimately, building an arsenal of facts and examples can help, but when it comes down to it, don’t insult or resort to name calling to get a point across. “Your stories have to so compelling that other people have to tell them, suggests Crowe. “If they are any more complicated than that, it doesn’t matter if you’ve persuaded one person, because your ideas have stopped there.”