News
A look back 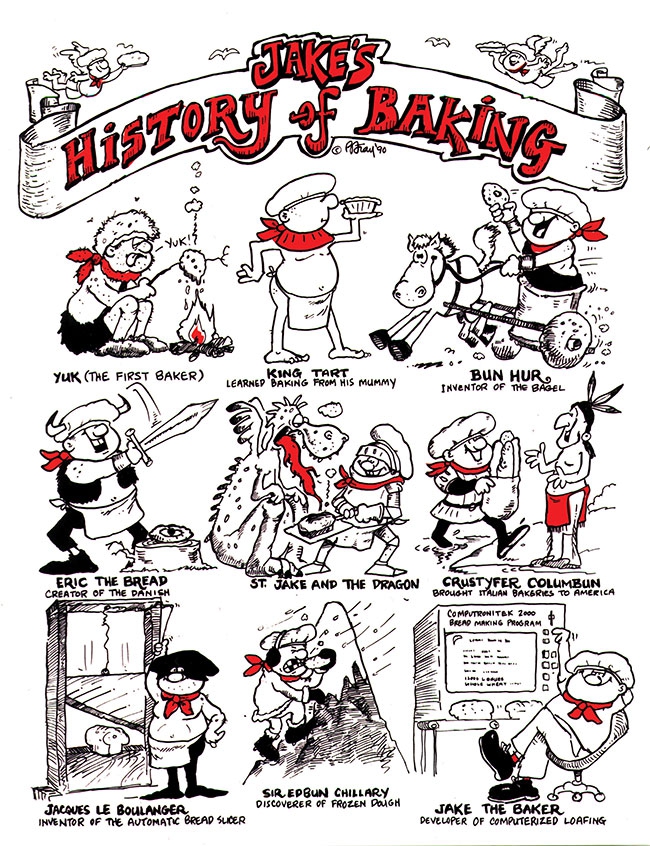 We dipped into the Bakers Journal archives to serve up glimpses of the ever-changing Canadian baking industry.

10 years ago
Our December 2005 issue explored how the baking industry was responding to the issue of mandatory labelling of trans fat and a task force on the subject. We spoke with several manufacturers and distributors about the complex process reformulating their products to avoid listing a high trans level on labels. As Mario Colombo of L.V. Lomas put it, “There are a lot of different things to be concerned about, including mouth-feel, the texture, and the shelf-life.” Strategies included “interestification,” a process of reacting different oils together to “move the fatty acids from one chain to another chain,” and the use of alternative starches, cellulose fibre, emulsifiers and gums, including xanthan gum. Some found the added R&D work, higher material and technology costs forced a rise in price; others found they were able to keep costs down.

20 years ago
In our July 1995 issue, editor Carol Horseman prepared readers for “The Par-Baked Revolution” by examining its benefits, including consistency of quality, cost savings and precision. The impact of moisture loss on the appearance and eating quality of the finished bakery product was seen as a significant challenge.

“Once you bake the product the staling process starts immediately,” said John Klecker, vice-president of merchandising for A&P stores in Ontario. “That kind of limited shelf life can pose a big problem, particularly at the in-store level.”

Victor Litinetsky, president of Upper Crust Production, which invested heavily in equipment to manufacture a line of par-baked goods, pointed to the need for vigilance not only during manufacturing but also at the operator stage. “It’s irresponsible to say there’s no labour required for par-baked goods. If you want to end up with a quality product that’s pleasing to the consumer, you’ve got to think quality at every level.”

30 years ago
In our 1985 annual doughnut review, we checked in with doughnut chains across the country, among them Robin’s Donuts, Donuts & Things, Mister Donut and Country Style Donuts. Although doughnut consumption was down from three years earlier, according to the Fleischmann Company Consumer Panel Report, most chains said sales either remained flat or went up. Still, they looked to diversify into croissants, muffins, sandwiches and, most profitable of all, coffee and tea. Donuts & Things reported “brisk” sales of croissants, Mister Donut anticipated a new fast-food-style “fast feeder” concept that would “eliminate counters and utilize paper products,” and Country Style concentrated on savoury products such as sandwiches, soups, salads and meat pies to lead in sales increases.

Hol’n One launched a promotion involving iced doughnut holes packaged in a branded foam egg carton. “The addition of more fast foods to doughnut shop menus is one of the most important changes facing the industry,” said company manager Larry Seller.

Robin’s Donuts said it had marketing success with its mailing campaign of Buck Bags, which customers could bring into the store and fill with doughnuts for $1.

40 years ago
In 1975 we spoke with Herbert Kaufmann, owner of Pop’s Bakery in Banff, Alta., about the challenges and advantages of operating in a tourist town. With a permanent population of 4,000 in 1975 that does not fluctuate, Kaufmann reported having a tough time finding permanent employees. Since taking ownership of the bakery (where he had worked for six years), he gradually hired fewer transient or student employees to a strategy of hiring local married women.

“Price increases haven’t hurt our business at all, as the cost of restaurant and hotel meals has often increased comparatively more than baked goods,” said Kaufmann. “We find that many tourists buy bread, rolls or pastries and, along with some cheese or cold meat, make sandwiches and enjoy a snack instead of eating in a restaurant. . . . Some may be tenting or have a trailer. . . . either way there is business for us.”

The bakery, still in operation today, was known for its health bread, which has a coarse rye base with raisins, walnuts and sesame seeds.

50 years ago
In 1965, the Bakery Showcase Exhibition celebrated its first anniversary. Conceived and chaired by John Sernissi and hosted by the Bakery Production Club of Ontario, the first afternoon show in 1964 featured four speakers and several demonstrations. A suppliers’ exhibit ran concurrently and into the evening until 11 p.m. Three hundred industry people attended that first Toronto event.

60 years ago
The Ontario Bakers’ Association and the National Council of the Baking Industry joined forces on Oct. 1, 1955. In 1963 the NCBI would become the Bakery Council of Canada. By this time, Ryerson Institute of Technology (now Ryerson University) offered a two-year course through its school of baking and the Bakery Foods Foundation, recently formed in 1953, was promoting the role of bread in Canadians’ diet. The public relations arm of the NCBI, it monitored trends and research in nutrition, and other areas of interest to the baking community.